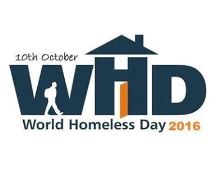 On Monday evening 10th October 2016 RRT Dublin held an event in the middle of Dublin City centre. Marquees pitched, BBQ trailer set up, food prepared and lights on, RRT were ready to lend their hand in support of World Homeless Day 2016. World Homeless Day is an international day inaugurated in 2010, where people […]

The village of Amatrice was devastated following the earthquake of 24th August 2016.  The earthquake measured 6.2 on the Richter Scale, and resulted in the deaths of 295 people, with others still missing. Nearly 400 people were injured, and thousands left homeless. Amatrice, one of the worst hit villages, in the province of Rieti, has […]

Following the horrendous earthquake on Wednesday 24th August 2016, RRT contacted the Emergency Services to offer help to rescue workers. Following a successful meeting with the Fire and Rescue Commanders on Friday 26th, a suitable site was identified on Amatrice, one of the worst hit villages. With fire and rescue personnel having only a cold […]

Saturday 13 June 2015 brought 640 cyclists to the 10th annual Fun Run of the Glens event, organised by Fujitsu.  Participants cycled either a 25 mile, 50 mile or 100 mile route through the spectacular Glens of Antrim in Northern Ireland.  The participants selflessly completed this challenge in support of two charities:- Cancer Focus […]