December 2013 saw the UK hit by the worst weather in 40 years. Several days of heavy rain and high winds caused rivers throughout the country to rise at an alarming rate, with many reaching their peak as the rain relentlessly fell for two days. The 20-mile-long River Wey running through Surrey was no longer able to sustain the onslaught of nature’s wrath and at 14.00hrs on December 23rd, the river banks gave way, spilling over into the historic market town of Godalming and the Cattershall Lane area. 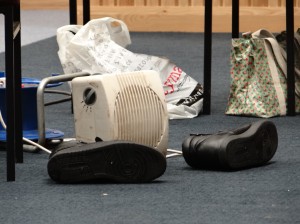 The river continued to rise throughout the evening and at around 19.00hrs, the emergency services were mobilised and dispatched to the flood scene. During this time, the Rapid Relief Team (RRT) in Guildford were contacted and made aware of the increasingly worrying situation. The RRT leader directed team members to the scene. On their arrival, they found the area to be knee-deep in water, with levels rapidly rising in Wey Court – an area of bungalows providing sheltered, warden-assisted accommodation. 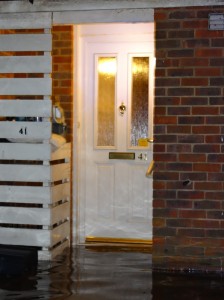 Lacking the equipment to instigate immediate assistance, the RRT spent time reassuring affected residents and mustering the necessary personnel and equipment for the situation they were faced with. A quick inspection of the homes showed that the water level only had to rise another inch before it began seeping into a number of properties. Members of the council and the police arrived and it was decided that an emergency evacuation programme was needed. The fire and rescue services then arrived and began to implement the action plan.

The first phase of the evacuation was carried out by using the RRT’s 4×4 vehicles. Residents were carried out of their homes to awaiting vehicles and taken to the Borough Hall and Plymouth Brethren Christian Church (PBCC).

At 23.00hrs, water levels were still at their peak. Specialist fire and rescue teams and the HART (Hazardous Area Response Team) arrived on the scene and the responsibility for the remaining evacuation was passed on.  The teams used small inflatable crafts to ferry residents from their homes to awaiting RRT 4×4 vehicles. 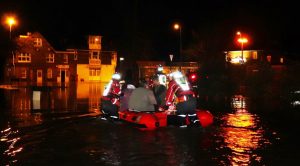 Meanwhile, back at the PBCC Church, residents were given dry clothes and made comfortable.  A triage was set up in the Church, with free hot drinks and light snacks so that Social Services were able to assess each person and find shelter for those that had been displaced from their homes. 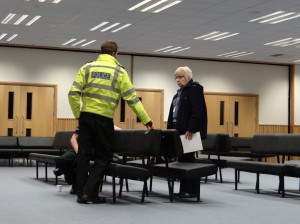 One elderly gentleman in a wheelchair described how he was watching television and within just a few minutes, two-feet of water had flooded through his house. Other residents told how they watched in despair as their carefully-wrapped Christmas presents for family and friends began floating around the room in contaminated water.

At 02.00, the RRT set up a refreshments table at the scene of the flood, taking over from local residents who had been braving the cold and wet since earlier in the evening and continued serving the emergency services with much needed sustenance.  The fire and rescue crews braved the extreme cold conditions to conduct a final search of all the affected homes, making sure everyone who had remained was safe for the night.

At 05.00hrs back at the Church, the final two evacuated residents had been found temporary accommodation and arrangements were being made to transport them on their final journey for the night.

The emergency services finally declared the situation at the flood scene to be under control. It was truly amazing to see the dedication of the fire, police and ambulance services, alongside Godalming Council, local residents and the members of the RRT all working together to help the victims of the flood well into the early hours of Christmas Day.