Portsmouth RRT were pleased to be asked to support the 2016 annual Horndean to Southsea sponsored walk by firemen in aid of the Fire Fighters Charity.

This gruelling 13 mile walk takes place every year to raise money for firefighters and their families across the UK who have suffered bereavement or life changing incidents whilst answering the call of duty. 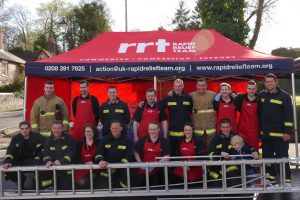 RRT supported the fundraising efforts by providing a barbecue breakfast and hot and cold refreshments at other points along the route. 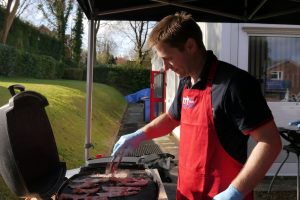 Despite rain being forecast, the day started bright and sunny, and as participants arrived they were greeted with a hot breakfast roll and a cheering hot brew.  After breakfast was over and old acquaintances renewed, the fundraising began in earnest.  Last year over £9000 was raised, and all were determined to beat that again this year.

After many more arduous miles, the walkers arrived at Southsea Fire Station, where more refreshments were provided for the weary hikers.  This was where the RRT’s involvement stopped, and although it is still to be confirmed, the amount raised was predicted to be a good increase on previous years. 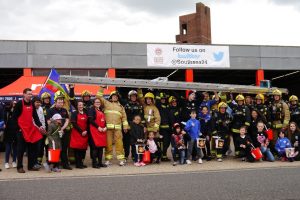 The RRT have great respect for the service the fire brigade offers to the community and wish them all the best in their ongoing fund raising efforts.