Over 2500 eager runners converged on Harewood House for the Color-Me-Rad Leeds 5K race.

The beautiful grounds of this historic house are the workmanship of that most famous of all landscapers Lancelot “Capability” Brown which provided a superb backdrop for the event.  Starting from the meadow overlooking the lake, the course then wound its way over the rolling hills of the Harewood Estate, looping back for the final downhill sprint to the finishing line.

Participants of all ages down to toddlers in push chairs, joined in the family fun, including many for whom it was their first organised 5K run. 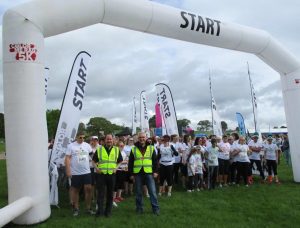 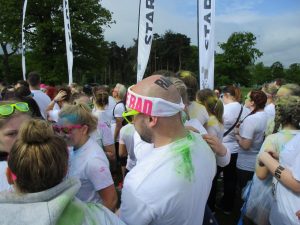 The RRT were on hand, with 40 members assisting with everything from registration to manning the colour stations where the runners were colour bombed as they passed.  Then at the end of the event they helped with all the litter picking and clearing up. 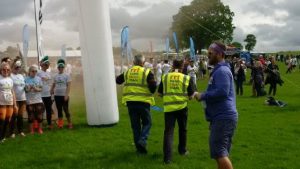 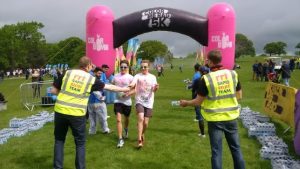 The organisers asked the RRT to go up on the stage and give an outline of their charitable activities. “We’re a charitable organisation, all about community, compassion, and support” said the spokesman, “that’s what the RRT is about.  We’re not just a local charity, this is global, we’ve got a team in Australia which is helping with the bush fires and we’ve got some of our volunteers working over in Canada with the fires there, but we also help around our communities where there’s a natural disaster.  Some will remember the floods in York, we had some of our team there too.”

The Color-Me-Rad organisers thanked the RRT for their assistance “Your supporters were absolutely awesome, we couldn’t have managed without you.  You are so reliable, and have a great team spirit” they said.