Nine people were killed and another died of his injuries when a police helicopter crashed into the roof of a packed Glasgow pub just after 10.00 pm on the 29th November 2013. Witnesses said the helicopter ‘dropped from the sky like a stone’. Many of the 120 people inside were trapped by heavy falling debris.

First reports reached the Glasgow RRT about 11.00 pm and they were quickly on the scene. After speaking with several police officers, offering to provide refreshments, they were directed to the Sheriff Court on the other side of the river, within the police cordon. At 1.00 am they were told they were ‘good to go’. They promised the welfare officer who spoke to them that they would be set up within the hour. The Salvation Army also moved in to provide support. 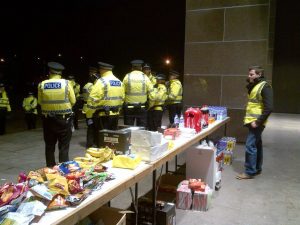 No shortage of supply

As the team finished setting up at 2.00 am the first officers arrived to enjoy the hot food and drink. It was very cold so after 6.00 am hot bacon rolls were served. 150 emergency workers, including 57 police officers were present per shift. As they went on duty they collected snacks to keep them going and at the end of their shift returned for hot food and drinks. Between times the RRT also served ambulance crews, USAR, a forensic team, fire crew, CID and other professionals. There was a steady flow of around 15 at a time.

Donations were offered and a whip- round organised but the RRT felt they wanted to use their resources to show support for the emergency services’ exceptional efforts. Reports were already come through as to fatalities and severe injuries. 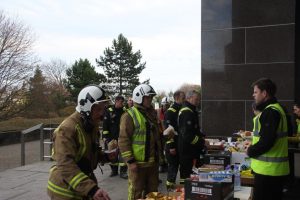 Another eight volunteers arrived at 10.00 am Saturday morning to relieve the first shift, and a large quantity of food and drink was served throughout the day. The public support was amazing. A local bakery brought cakes and hot pies and others handed in hot Chinese meals, homemade brownies, and bags of shopping. Krispy Kreme doughnuts , brought by an RRT member from Edinburgh were greatly appreciated. Police officers were offering to attend without pay or donate their overtime to victims’ families.

Exceptional gratitude was shown with remarks such as ‘Not many people would give up their Saturday evening to come and do this’ and ‘You’re doing an amazing job, guys’. One member of the fire service reported their shifts had been extended from four to six hours because of the refreshments provided. 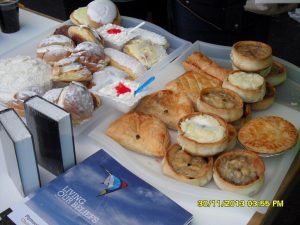 On Saturday evening Kilmarnock RRT took over, serving a continual flow of workers, and taking food out to those on duty. Some off-duty workers came and sat and talked for a while. This service and support went on until the early hours.

The first shift on Sunday morning was met by a queue of around 40 police officers ready for hot bacon rolls. By midday the crane was in place to lift the helicopter and workers were coming through very subdued as conditions at the scene were obviously pretty horrific. As one said: “It’s silence down there just now.” 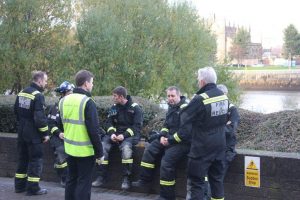 In the afternoon Andy Bates, the Chief Superintendant came to thank the RRT. He said that, as he went round his staff, everyone had mentioned the way they were getting looked after. Another police officer said: “You people have really humbled us today. We get paid for what we are doing but you are all doing it voluntarily. We are really grateful for it. You are true Christians.”

The RRT support continued right through until 2.00 am Monday morning when the Sheriff Court needed to be cleared in view of business on Monday. The RRT were off-site by 3.00 am, having ensured everything was left clean and tidy.

The helicopter was lifted out on Monday 2nd December and by late Tuesday evening the site was practically clear of emergency personnel. 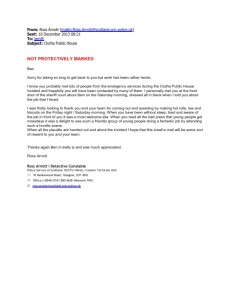 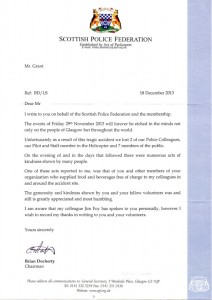 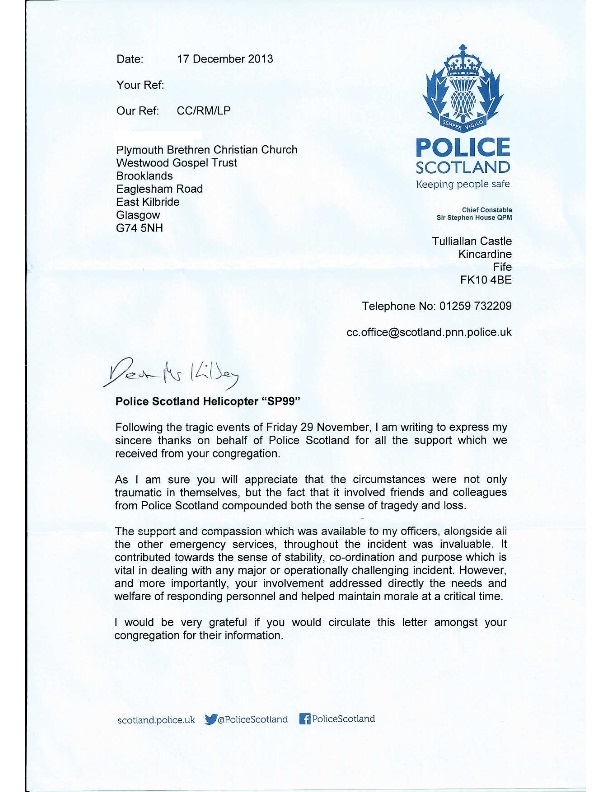