A major Search and Rescue operation was carried out on New Year’s Day Wednesday 01.01.14 in Upton Country Park as a woman went missing in the early hours. They were searching for a local Upton lady resident, who was last seen at home before her disappearance. Plymouth Brethren Christian Church (PBCC) Rapid Relief Team arrived mid afternoon and were there until stand-down of 8.30pm. The morale of the men was incredibly lifted when a table of food and hot drinks arrived. 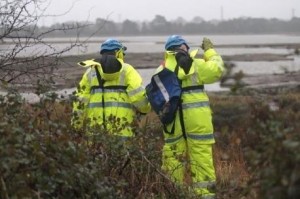 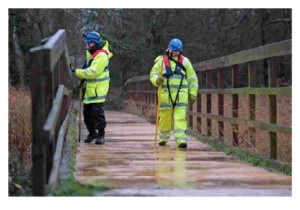 Police, HM Coastguard and Dorset Search and Rescue teams scoured 100 acres of woodland and combed the shoreline. A police spokesman said that the scale of the search was due to the weather and the risk of self-harm by the woman. 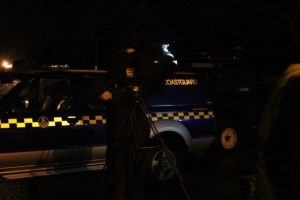 A police inspector said  “Dorset Police have been conducting searches in connection with the missing person. We have called in expert assistance for the search. At the moment we’re concentrating our efforts around Upton Country Park and we have assistance from DORSAR and Coastguard teams. Because the country park covers such a wide area, Coastguards are searching along the shoreline and the water itself.” He said that “detailed searches began at the park at around midday but police officers and the force helicopter had been involved earlier in the day.” Coastguard teams from Poole and Kimmeridge were also involved in the search together with a volunteer crew from Poole Inshore Lifeboat involved in a search of Holes Bay and shorelines.

PBCC RRT set up a muster station for the search teams with hot drinks, snacks of sausage rolls, crisps, cakes, cookies, Mars Bars, Fruit all very appreciatively received as some of the searchers had been on the job since 4am and were very hungry. During the debrief there was a round of applause for them. One of the searchers said “It is great you know, we’ve never had this sort of thing before… you can see people’s faces when they come back and they’ve got something to eat. That makes such a difference, you can see that that’s lifted them a lot…Thank you very much” 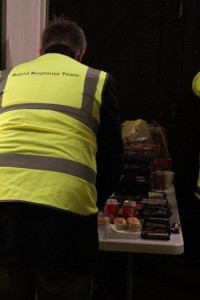 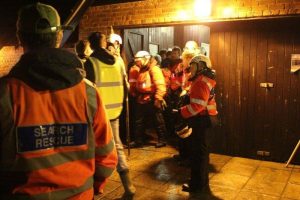