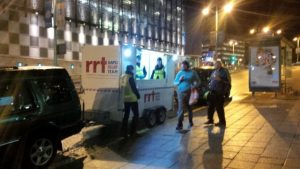 Food was served in 5 locations around Plymouth throughout the evening which was enjoyed by all, including 2 dogs who also turned up for their share of the sausage rolls on offer!   RRT were also able to provide clothing and blankets for a number of the homeless, which were gratefully received. As it was a fairly low night on numbers RRT dropped the remaining sandwiches and pasties to Plymouth Life House (another important charity in the city), who were only too glad to accept them. 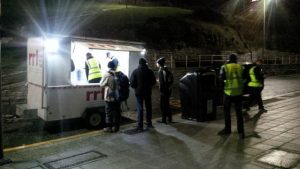 Queues form at another location

RRT Plymouth would like thank Sainsbury for donating the bread and Oggy Oggy for the pasties and sausage rolls. 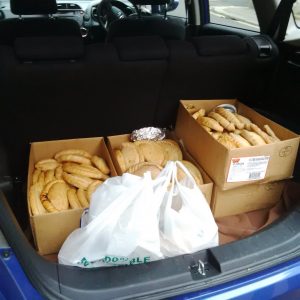 Some of the pasties on offer!