Fire in centre of Harrogate town on Tuesday 18th March 2014 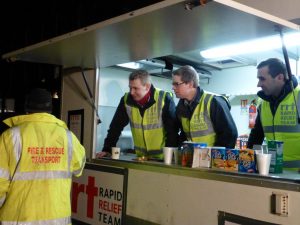 At 11:37am on Tuesday 18th March 2014, a huge fire broke out in the kitchens of the Prezzo restaurant on Albert Street in Harrogate and quickly spread to the two storeys above, destroying flats owned by a housing association. More than 90 firefighters and 18 fire engines were brought in to battle the blaze, as thick smoke which could be seen for miles around engulfed the Harrogate town centre. The fire appeared to be under control for some time but it spread through wall and floor cavities…..